A downloadable game prototype for Windows and Linux

This project is a hack'n'slash game with some platform elements. The idea is to make a fast paced game, heavily focused in combat and boss battles. The protagonist is suppose to be furtive, with a lot of evasive moves (dashes, backdashes, air dashes, roll), besides being capable to cast elemental powers (fireballs).

The Equilibrium Guardian was sent to the part of the Universe called Ephesus, in order to bring it to justice and restore harmony. Join Nanashi in her quest to meet other guardians and balance the powers of nature.

The prototype is available in English, Japanese (日本語) and Brazillian Portuguese (Português do Brasil).

The prototype has keybinding support

The protagonist has some special moves that can be executed with the Power, Attack and Roll buttons.

This project has a dialog and cutscenes systems, which means that I'll be using them to portray the plot of the game. Also, I'll be adding:

For now, I want to keep things simple. But this list may get bigger in the future.

Feedback is appreciated. People who are interested in this project and want give some kind of feedback, feel free to do so. Although the project idea is already stablished, feedback may help me shape it to more viable and interesting directions.

From now on I'll working on the game and maybe release a demo, before the final version. 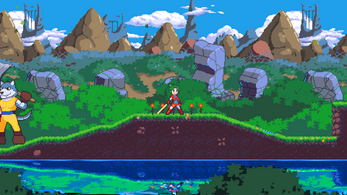 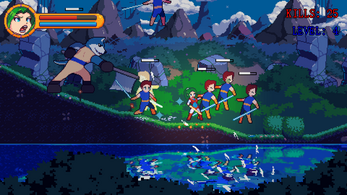